The annual showcase for the WFC Academy players was held on Saturday 24th February at the WFC v Everton match and players from The Harefield Academy Development Squad were there too. Head Football Coach at The Harefield Academy, Phil Gridelet said: "I believe that it is important to develop the whole player, which is the focus of our football programme at The Harefield Academy. My sessions are aimed at improving the technical and tactical abilities of players so that they have the skills and intelligence on the pitch. I act as a mentor to all the students, ensuring they have a balance of football and education and giving them guidance on pathways within the game."

If you are interested in applying for 2018/19 please complete and return the application form from our website and contact Kelly Hillier at The Academy for more information kelly.hillier@theharefieldacademy.org 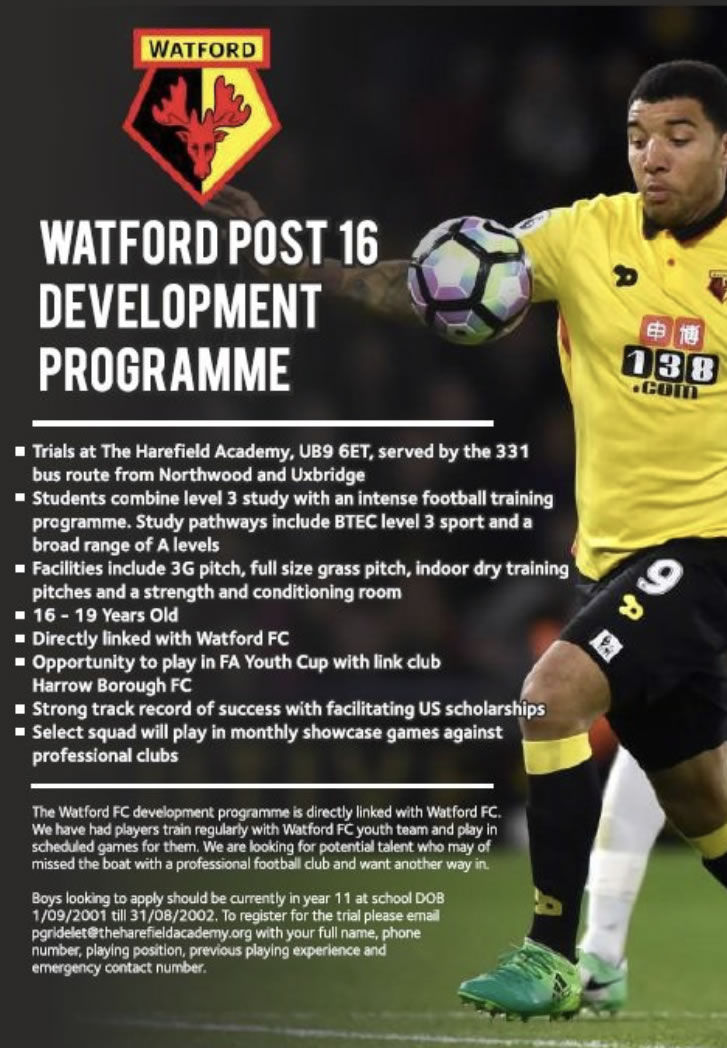