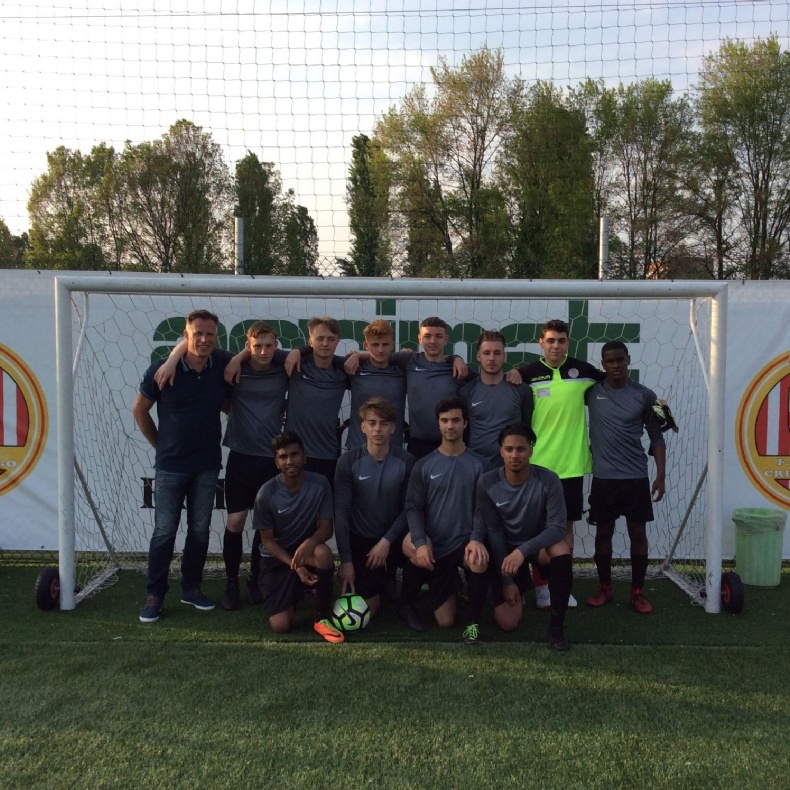 The Milan Football Tour 2019 was a great success with the team delivering fantastic performances against tough opposition.

The tour commenced with a visit to the San Siro Stadium on arrival in Milan to watch AC Milan versus Lazio in Serie A.  The atmosphere at the game was incredible and provided a perfect start to the tour, seeing one of the most iconic football stadiums in the world.

Following this the boys spent the next two days sightseeing in Milan via a bus tour and training at a local club to prepare for their matches.

On Tuesday the team enjoyed a day trip to Venice for a tour of this spectacular city on water and returned for a long and intense training session on Wednesday.

Thursday and Friday were match days.  The first game against FCD Real Crescenzago got off to a nervous start with the boys conceding 5 goals in the first 25 minutes,  ending the first half 7-2 down.  After a spectacular display of team spirit and determination, Reece Pavani, Captain, led the team to a remarkable second half comeback to win the game 7-8.  Zaa Swan completed a hat trick with Ryan Snook scoring 2 goals, Rafaele Ferrigno, Shane Nugent and Mickey Kapala also on the score sheet.

After such an incredible performance the boys were disappointed to lose the second match 3-4, but played incredibly well in a fiercely competitive game against a higher ranked opposition.  Over two days of intense football they demonstrated incredible team spirit, resilience and strength.

The tour was rounded off with a visit to the beautiful Lake Como and a return visit to the San Siro Stadium to watch Inter Milan against AS Roma.  The students were exhausted by the end of the trip and ready for a rest but were able to balance a fantastic football experience as both spectators and participants whilst also visiting some amazing Italian cities and landmarks.