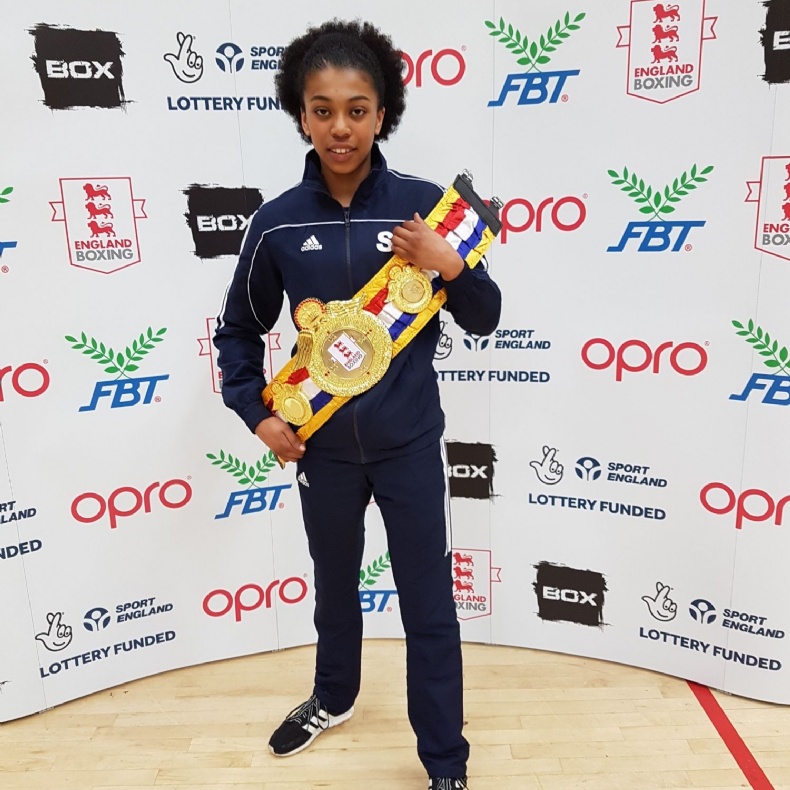 On Sunday 16th April 2017 I won the England Junior Championship Finals (Nationals) in Liverpool! My opponent was a girl from Selby called Jessica Williams (aged 15). Jess had recently beat me in the finals of the GB Three Nationals (Great British Championships). I knew I could beat her and was determined to do so in the Nationals. I fought my heart out, dodging Williams' punches and pounding her with mine. I caught her with many shots to the head and body. At the end of the fight I was clearly the fitter and more technical girl. I was crowned champion and awarded with a shiny belt!