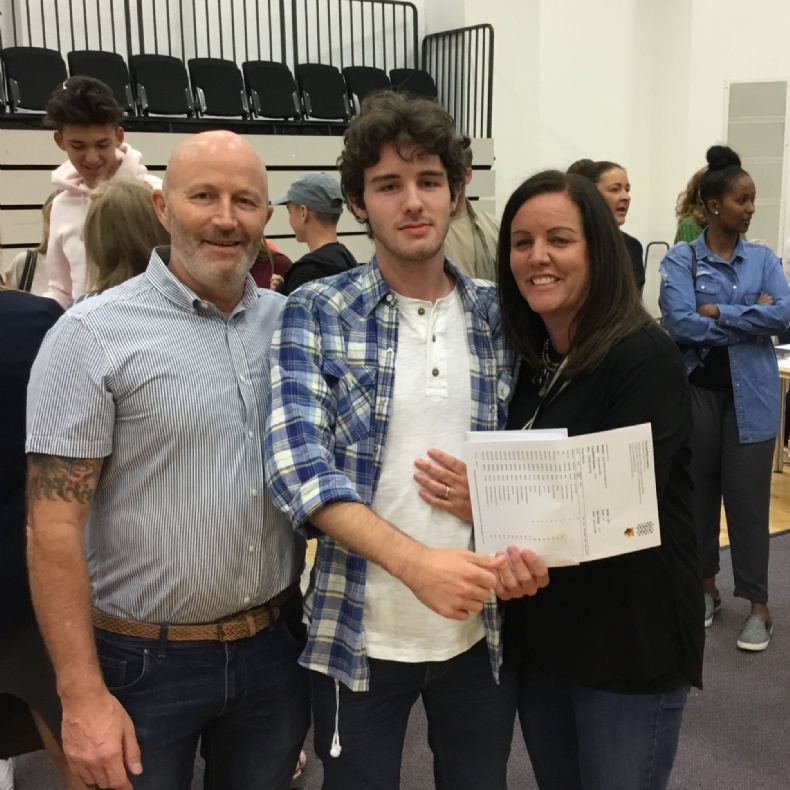 Harry Ellis and his proud parents

We are delighted to see very positive improvements in our GCSE outcomes this year despite a national trend for results dropping as the first reformed GCSEs were taken in English and Maths. The new exams have been described by the Chairman of the Independent Schools’ Council as being the hardest since the end of O levels in the 1980’s and we are therefore most proud of the excellent achievement of  our students.

In contrast to a national drop in the Maths pass rate, the THA pass rate in Maths increased by 7.4%.  For English this figure went up by 6.6% compared to last year’s outcomes.  This is a testament to the very diligent work of our students, the hard work and commitment of our staff and the fantastic support of parents/carers and families.

A ‘standard pass’ in the new GCSEs, equivalent to the standard of a Grade C, is a Grade 4. The proportion of THA students achieving five standard passes including Maths and English has risen this year by 4.6%.In a number of areas the performance of THA students has exceeded national standards.  This includes a higher proportion of our students achieving the very highest Grade 9 in Maths than was the case nationally.  This indicates exceptional performance as this grade sits higher than an A* and has only been awarded to 3.5% of students in Maths and 2.2% in English language across the country. One of our students, Roan Cooper, also secured a Grade A in AS Maths at the same time as a Grade 9 in GCSE!

There have been so many individual success stories to celebrate resulting in a delightfully positive Results’ day and a high uptake of Post 16 places secured for continued A-level and vocational studies.  We very much look forward to welcoming so many of our students back in the Sixth Form in September and congratulate all of our students on their fantastic GCSE success.

A full breakdown of these improvements can be seen on our Academic Results Page.