The Harefield Academy also works in partnership with Harrow Borough FC to offer our players the unique opportunity to develop and progress towards non-league football as well as professional football.

This exciting partnership provides players with the opportunity to represent Harrow Borough FC at U21 level on Sunday.  This provides the perfect progression between youth football and men’s football by giving the players the opportunity to develop other aspects to their game.  The team play in the Hertfordshire U21 league finishing 2nd in the first in the league and runners up in the U21 cup in the first season at this level.

The partnership also provides the opportunity to play in the FA Youth Cup.  This is the premier competition in youth football.   The team, consisting of mainly year 12 players, did extremely well in the first venture in this competition.

A number of players have been selected to train and play with the Harrow Borough first team.  Some have even played in the FA cup.  Since the programme started in 2014/15 season, approximately 5 players have signed for Harrow. 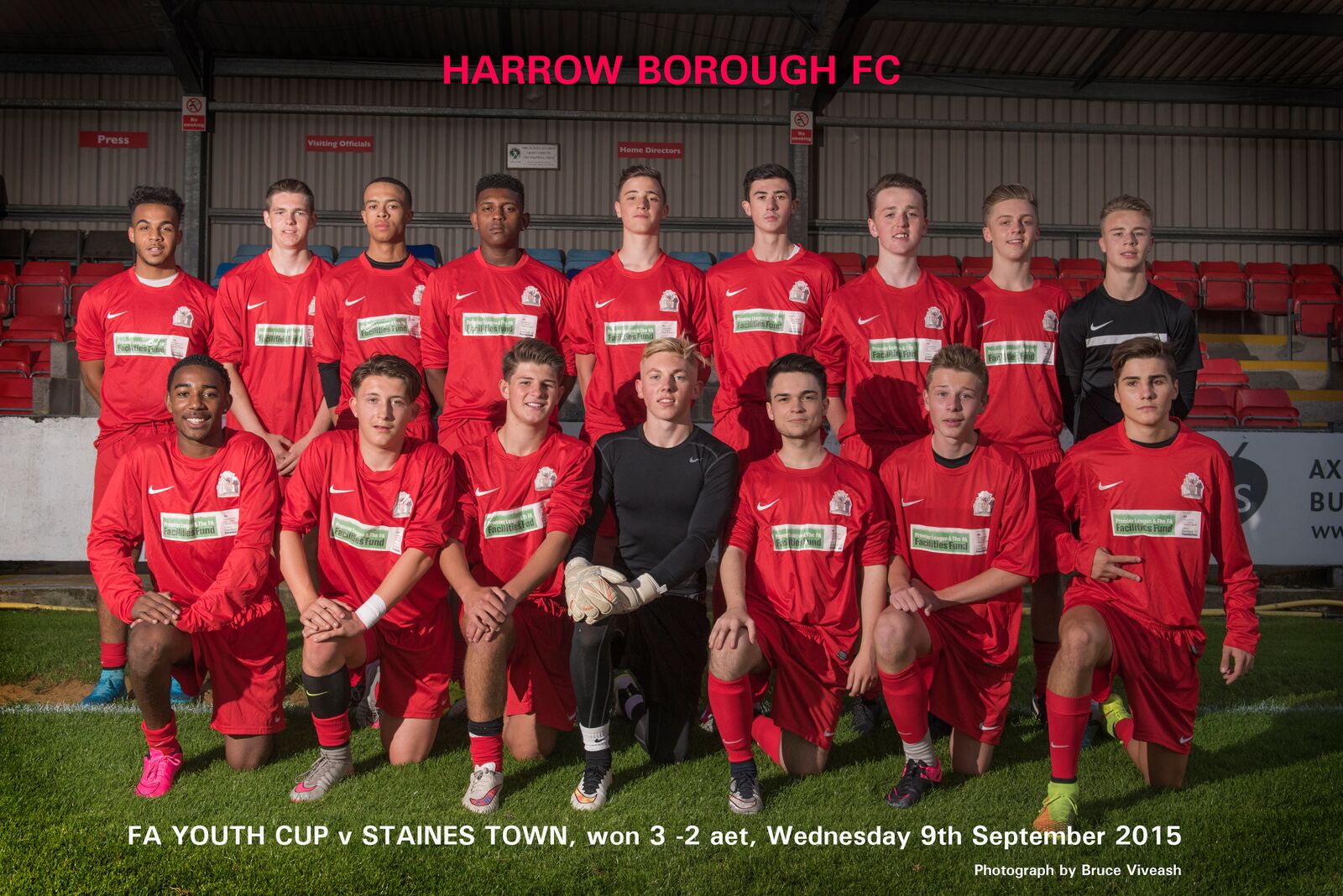